Today, we are releasing Windows 10 Mobile Insider Preview Build 14283 to Windows Insiders in the Fast ring.

As a reminder, we are initially making new mobile builds from our Development Branch available only to devices that shipped with Windows 10 Mobile. Currently this includes the Lumia 950, 950 XL, 650, 550, Xiaomi Mi4, and ALCATEL ONETOUCH Fierce XL. We plan to expand to other devices once we start releasing Windows 10 Mobile to other devices. If you are a Windows Insider on a device not mentioned above, you can stay in the Fast ring and sit tight until we expand to other devices or go back to Build 10586 and switch to the Release Preview ring to continue helping us test Cumulative Updates. For more information about our rings and branches, I highly recommend reading this post here in Insider Hub.

For this build, we have some new things for you to check out and a lot of good improvements and fixes that Insiders will enjoy on their devices.

Improvements to the Phone app: We know how important it is to stay informed when someone is trying to reach you, whether that’s through notifications, Live tiles on your Start screen, or directly within your communications applications. To help with this, we’ve added missed call and voicemail waiting indicators to the tabs inside the Phone app. Once you navigate to a tab with a missed call or voicemail – the indicator goes away. We’ve got another change coming that will keep the indicator in place until you navigate away from the tab. There is also a bug where you might not see the indicator clear right away – a fix is coming soon for this as well. Let us know what you think!

Updates to Outlook Mail & Calendar: Yesterday, we released an update to the Outlook Mail & Calendar apps that introduces some new features and improvements. In Outlook Mail, you can turn off the message preview text in the message list (Settings > Reading > Conversation and turning “Show preview text” off). You can also quickly get rid of junk email in your inbox by pressing down on a message to bring up the context menu and choosing ‘Move to Junk’. In Outlook Calendar, you can now let others know “I’ll be late” directly from meeting notifications. 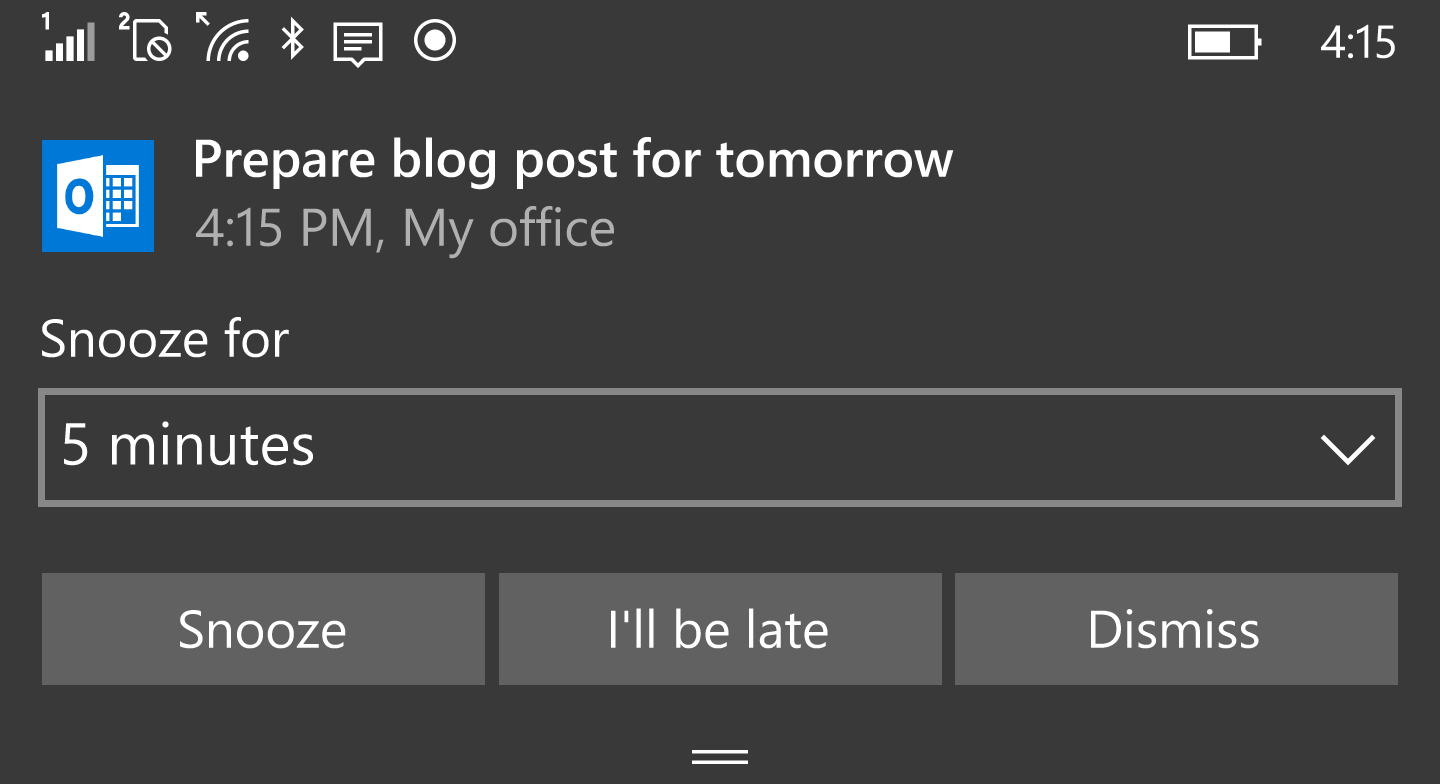 As always – thank you for being Windows Insiders and make sure to send us feedback on any issues you run into with these builds in the Windows Feedback app.