Today we are releasing Windows 10 Insider Preview Build 10576 to Windows Insiders in the Fast ring. Not only does this build have a good set of bug fixes and fit-an-finish, it also includes a few new things for you to try.

Media Casting in Microsoft Edge: You can now use Microsoft Edge to cast video, picture, and audio content from your browser to any Miracast and DLNA enabled device on your network.

We’ve got a few scenarios for you to try out:

Try this feature out and let us know what you think.

Updated Xbox beta app for Windows 10: The Xbox beta app for Windows 10 was updated last Friday which includes the ability to easily find and add Facebook friends who are also on Xbox Live to play, chat, and share clips – a top requested feature. In addition to that new feature, voiceover recording functionality has been added to Game DVR, and the Store in the Xbox beta app will allow you to search for and purchase Xbox One games – including Games with Gold and Deals with Gold promotions, and Xbox One 25-digit codes will be redeemable within the app. For more information on this update – check out this post on Xbox Wire. 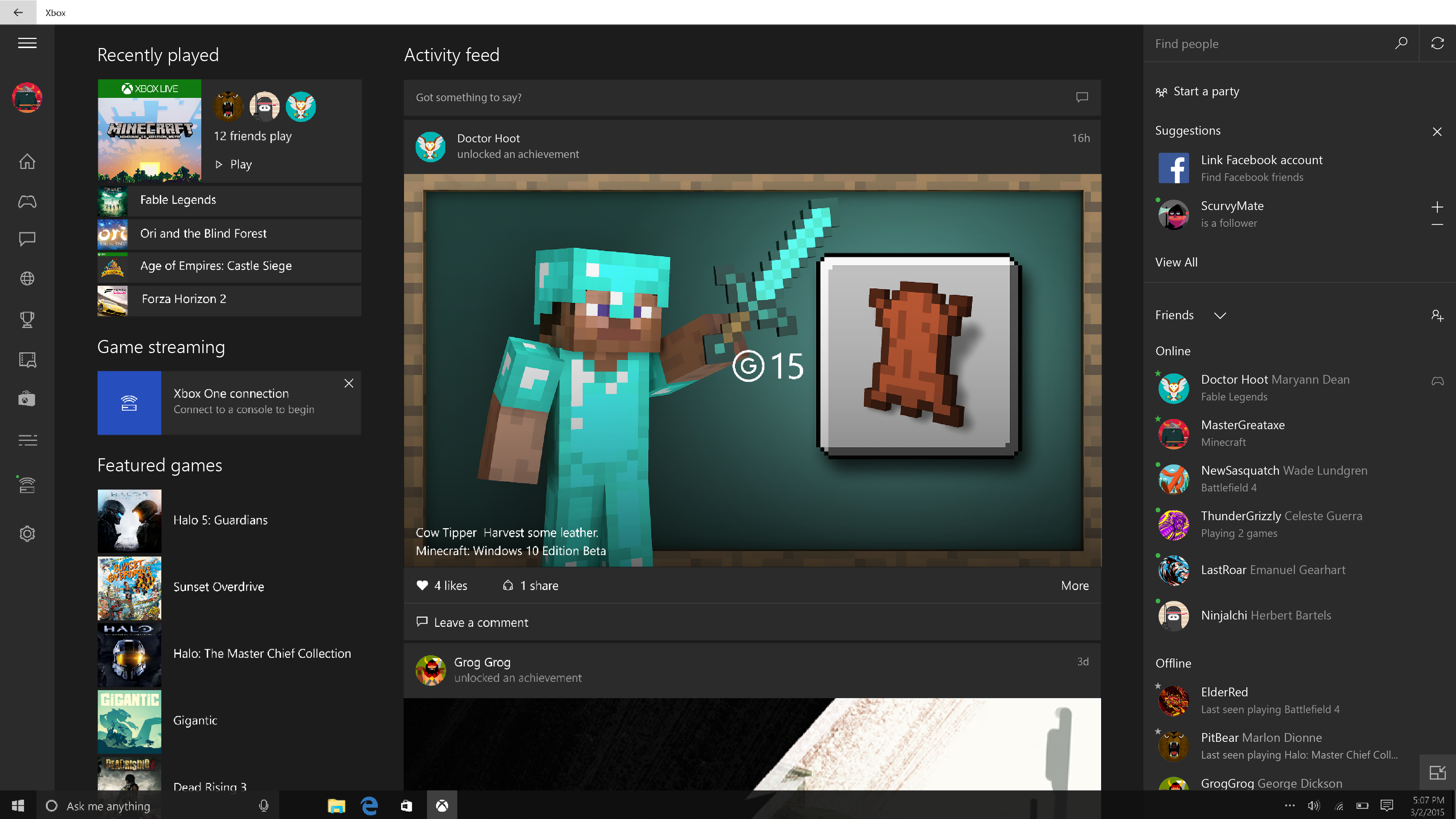 We hope you get a chance to try out these new features and let us know what you think. As always, send us problem reports and suggestions using the Windows Feedback app.

Thanks for being a Windows Insider,
g