UPDATE 4/16: A huge thank you to all the Windows Insiders who reported and up-voted feedback on receiving 0xca00a000 and/or 0x80242016 errors when attempting to download and install Build 18875. Your feedback has been immensely helpful in the investigation of the issue. We have determined that there is an issue with the Build 18362.53 (KB4495666) Cumulative Update that was released early last week which has caused updates to Build 18875 to fail. The issue only impacts 19H1 to 20H1 updates and occurs due to a migration failure as the OS attempts to update to the new build. To resolve this issue, we are creating a new Cumulative Update that will need to be applied on top of Build 18362.53 first before Insiders will be able to update to the latest 20H1 builds. As we work on this new Cumulative Update, we have stopped offering Build 18875 to Insiders on Build 18362.53 and holding off flighting a new 20H1 build until we can deliver the fix to unblock Insiders. Our goal is for this to happen by the end of this week. We’ll share additional updates as available.

If you are looking for a complete look at what build is in which Insider ring – head on over to Flight Hub. You can also check out the rest of our documentation here including a complete list of new features and updates that have gone out as part of Insider flights for the current development cycle.

The New Japanese IME is now available to all Insiders in Fast!

During 19H1, we announced we were working on a new Japanese IME. We got a lot of great feedback, and the IME was taken offline for a time while we worked on improving the experience based on what you’d told us. Today the IME – now more secure, more stable, with improved game compatibility, and more – is once again available for all Insiders starting with this build. If you speak Japanese, please take some time to evaluate how it feels to use the IME (with all the improvements) for daily usage, and let us know what you think! If you already were using the Japanese IME, you’ll automatically have the new one when you install this build – if you weren’t already using the Japanese IME, you can add it by going to Languages Settings and adding Japanese to the list. 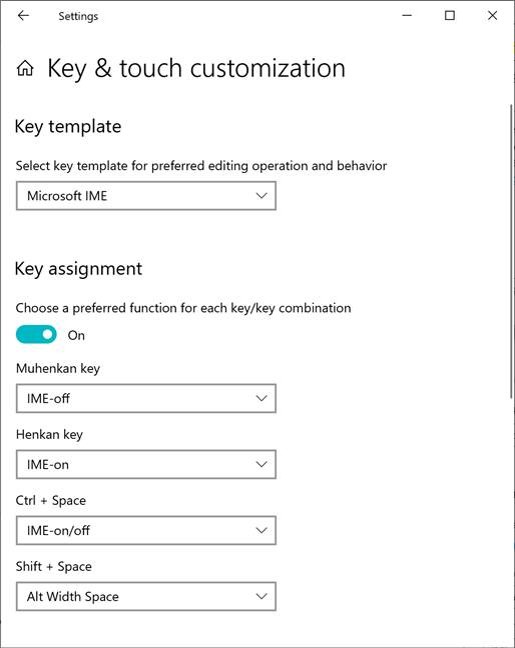 New IMEs are available for Simplified and Traditional Chinese!

Just like the Japanese IME above, we’ve been working on refining your Chinese typing experience, and are happy to share that we have new versions of the Chinese Simplified IMEs (Pinyin and Wubi), as well as the Chinese Traditional IMEs (Bopomofo, ChangJie and Quick). We’ve improved the security and reliability by redesigning how they work with applications. You’ll also notice we’ve added a cleaner interface for the candidate window and settings pages. Improved and renewed settings of the IMEs are available in the Settings app. If you’re using one of the IMEs and you’d like to check it out, the fastest way there is to right-click the IME mode indicator in the taskbar and select Settings (you can get there from the Language Settings page by clicking the language, and going into options). Looking forward to hearing what you think about it!

Tech specs at your fingertips. Get relevant technical information on your smartphone. Bing shows you the specs of any mobile phone, including display, storage, camera, and more.

If you want to be among the first to learn about these Bing features, join our Bing Insider Program.

To view this blog and more visit the Windows Insider Blog for more details!