To give you even more insight into Windows 10, we’d like to introduce you to some of the people on our team and how they support the platform – and Windows Insiders like you. We’ll feature team profiles on an ongoing basis here in the Hub. 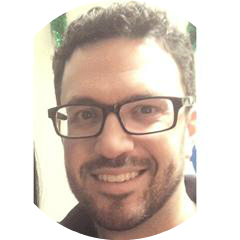 Describe your role with Microsoft and the Windows Insider Program

As a Program Manager, it’s my job to not only drive the design for how features should work, but ensure that they’re actually working as expected once they’re done. So going on the Answers forum, diving into feedback submitted by Insiders, searching and talking with people on Twitter, and other means of working directly with Insiders is absolutely invaluable to release an awesome build of Windows.

What technologies do you work on?

I work on the Distribution Services Platform team, specifically the underlying technology running on your PC controlling how apps, new builds, updates, and other content get distributed to over a billion customers using every version of Windows. Specifically for Windows 10, I helped work on the overall UI flows you see when upgrading to it from Windows 7 and Windows 8.1, and some other areas like improving how firmware, apps, and large games download from the Windows Store.

What’s your favorite feature on Windows 10?

Definitely Continuum. I used a Surface Pro 3 as my primary work PC for 18 months, and now I’m using a Surface Book. The way Continuum lets me toggle Tablet mode when I want makes a ton of sense, and because of it, I go without a keyboard a lot more than I thought I would. Now that Desktop applications work with tablet mode gestures too in Windows 10, it’s even better.

I can’t pick between Tweetium and Next Gen Reader. The first is the best Twitter app I’ve used on any platform (including iOS!), and the second is a wonderful news reader that integrates seamlessly with Feedly. I use both all the time, every day, on both Windows Phone and on the Desktop.

Describe one of your favorite experiences with the Insider community

I can’t pick a specific one – I just love it when Insiders confirm that a nasty bug has finally been fixed after a lengthy investigation.

What do you do outside of work?

I live in the middle of the city, so I usually end up going out with people, grabbing a drink, watching some live music, or just walking around to see what there is to see. And like everyone else out here in the Pacific Northwest, I love going for hikes all year-round. But I’m also perfectly happy just sitting inside and playing console or PC games all day!