Today we are releasing Windows 10 Mobile Insider Preview Build 14322 for Windows Insiders in the Fast ring.

As a reminder – we are now releasing builds for Mobile from our Development Branch to the list of devices that will be capable of receiving updates as part of the Windows Insider Program except the Lumia 635. We will add the Lumia 635 at a later date. As we stated previously, only devices which are eligible to receive the Windows 10 Mobile upgrade will be able to get preview builds from the Development Branch going forward. 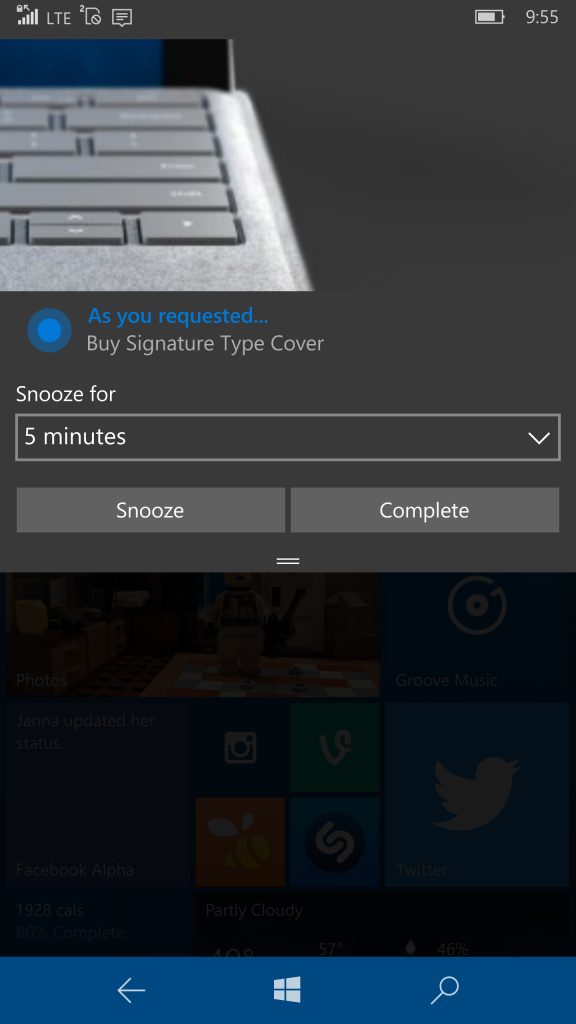 Cortana notifications in Action Center: We have also added new insights from Cortana to ensure you are not missing anything important, such as a meeting conflict or anything she needs to remind you about.

More ways to create Cortana Reminders: We are making it easier and quicker to set a reminder in Cortana with 2 new exciting ways to create reminders. You can now create a Photo Reminder by taking a picture of something you want to be reminded about, like that beer you just tried and want to pick up next time you’re at the store. You can also now set reminders on content from UWP apps that utilize the share contract in Windows, like Microsoft Edge and the News app, so you don’t forget to read that article your friend sent you. You can share an article from the News app to Cortana and have her remind you to read it at a later time. This even works with photos from your collection in the Photos app! Give it a try.

Updates to the Settings app 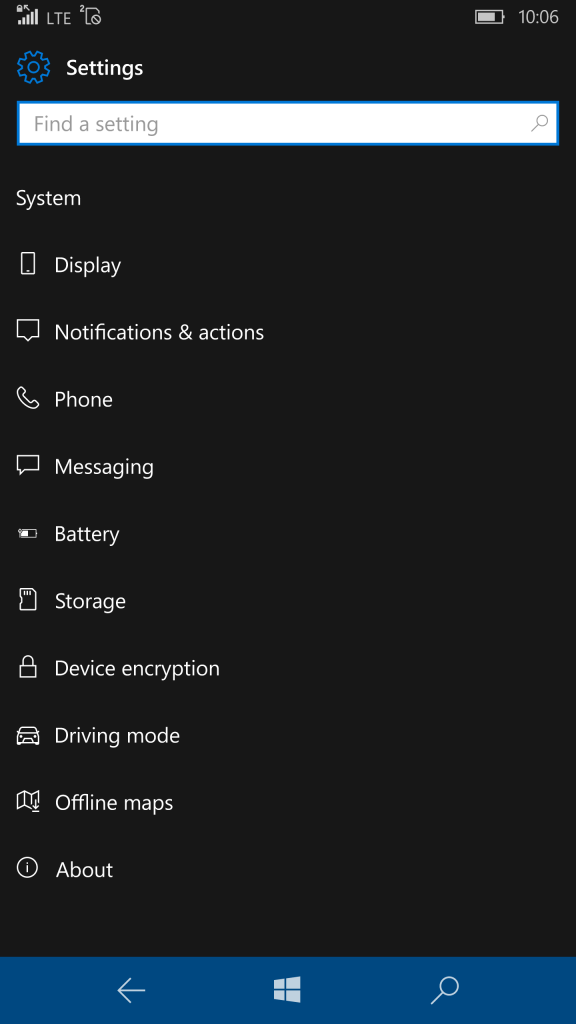 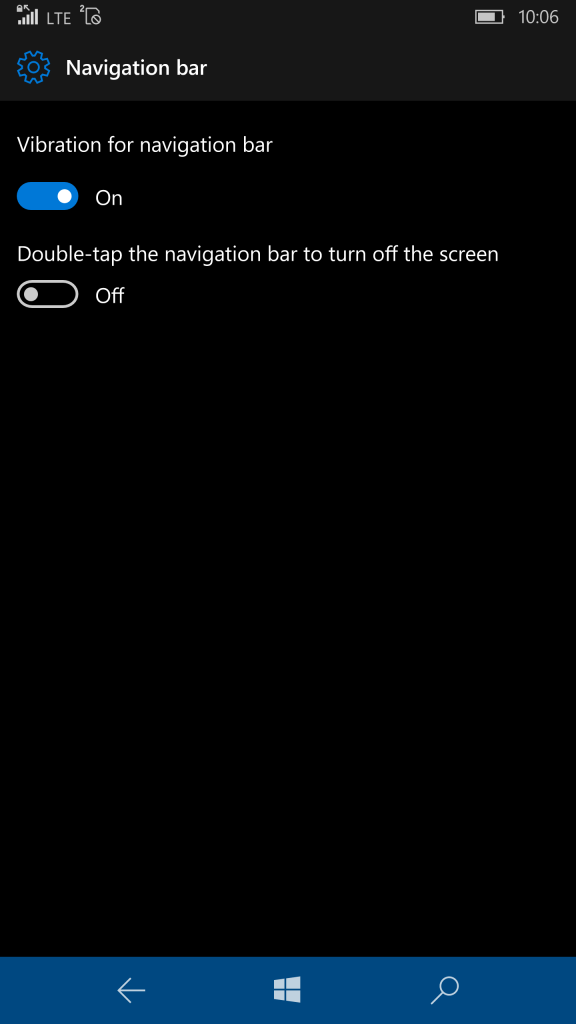 Glance screen settings have moved: As part of our work to make settings more discoverable and user friendly, we’ve simplified the Glance settings options and moved the page out of the Extras section in the Settings app. These settings can now be found via Settings > Personalization > Glance screen. With this change, Glance settings no longer need to be downloaded or updated from the Store. 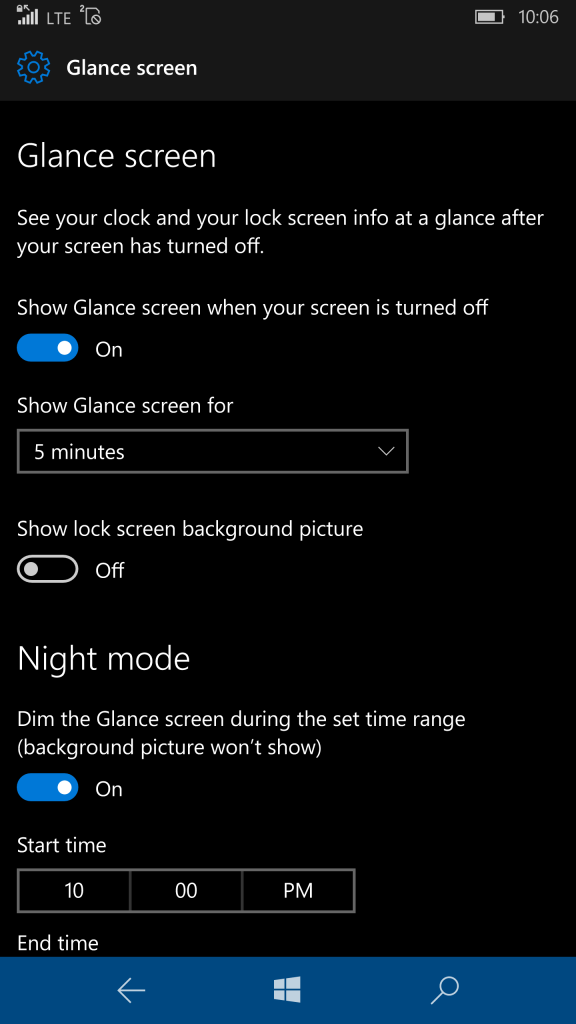 Updated Battery Settings and Battery Saving Experience: Just like what was seen in last week’s PC build, there is now a single entry point for all battery related settings in the Settings app – including Battery Saver. This also includes the updated the Detailed Battery Use page so you can now manage the per-app background settings inline without going to a second page. You can also adjust the percentage in which Battery Saver turns on (which is at 20% by default) – something we had with Windows Phone 8.1 that Insiders wanted to see us re-implement as we merged Battery Sense into the Settings app for both PC and mobile.

This build brings our new emoji to your phone. As part of this work, the emoji section of the keyboard has been slightly reorganized to better align with the newly available emoji. It’s now arranged as follows: Favorites, Smileys and Animals, People, Celebrations and Objects, Food and Plants, Transportation and Places, Symbols, and ASCII emoticons. 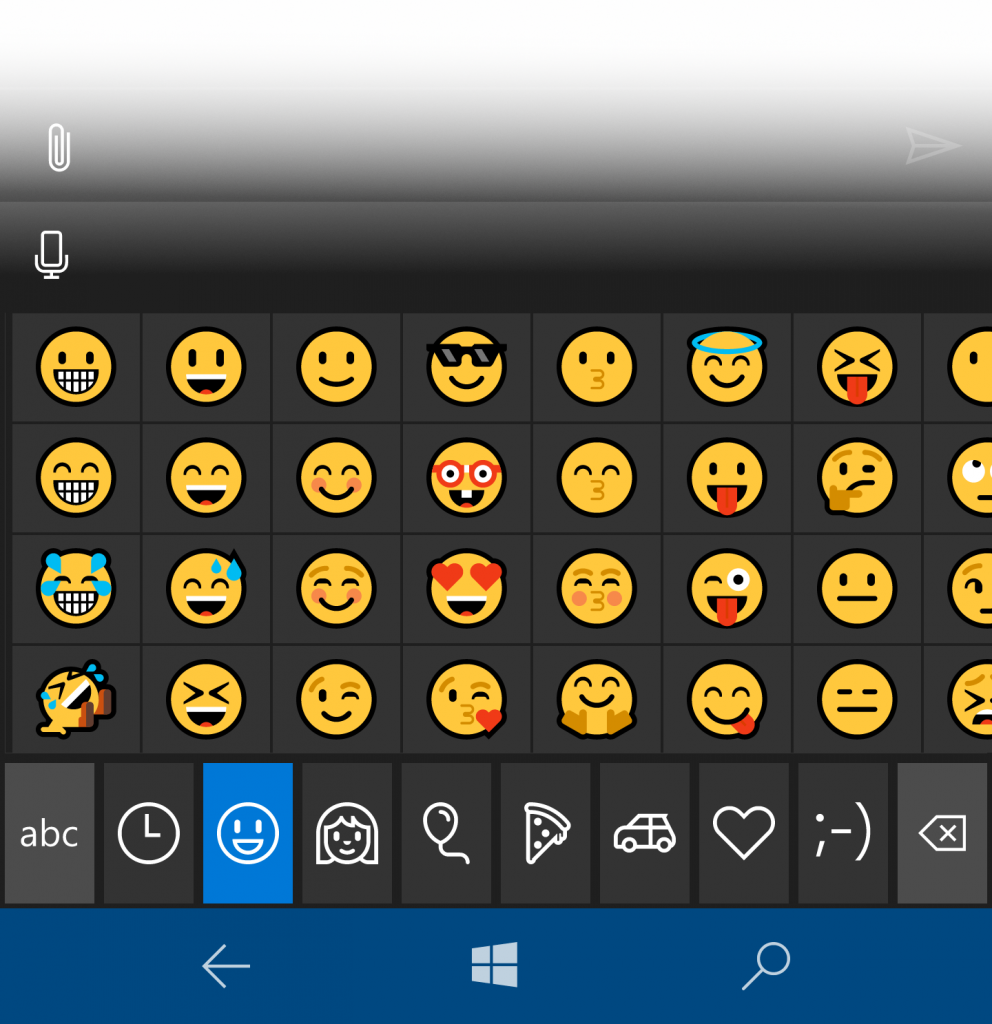 Better copy/paste: We’ve made a couple of improvements to copy and paste on the phone. When you are typing into an edit box on a web page, you will now be able to use the paste button above the keyboard. Also, if you select text on a web page the copy button will appear immediately near the selection.

Better tab behavior: Microsoft Edge keeps your tabs under control when you use it with apps on your phone. If you tap on a link in an app that opens a new tab in Microsoft Edge, pressing the back button when you’re done will close that tab, then take you back to the app. Your tabs list stays lean and relevant, by smartly closing tabs you’re done with.

Improved experience while on Lock screen

Commenting in the Feedback Hub

We will soon be enabling a preview of the “Messaging everywhere” feature in Windows 10 that allows you to send and receive text messages from your phone directly from your Windows 10 PC’s. You will see options for this feature in the Messaging app on PC but not on Mobile. A newer Mobile build is required for this experience to fully light up. More to come on this when the experience is live.

As always – thank you for being Windows Insiders and make sure to send us feedback on any issues you run into with this build in the Feedback Hub.